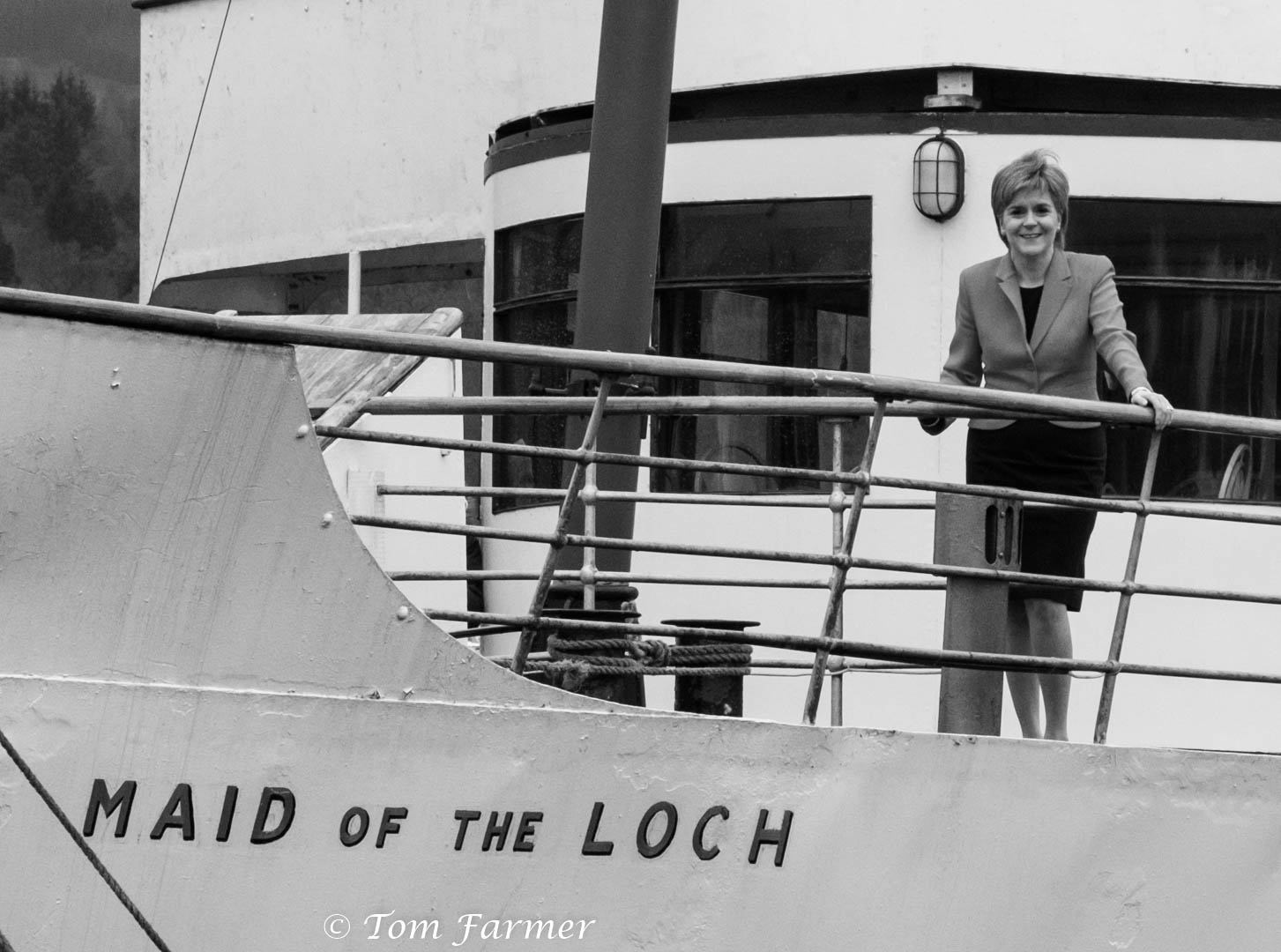 So and the election campaign got underway yesterday, for me it was a morning of expressions from the First Minister. I was dispatched down to the ‘Bonnie Banks’ for Nicola Sturgeon’s visit to the old steamship the Maid of the Loch moored at Balloch.

Despite the bitter cold wind howling down the loch it was not long before the First Minister was on deck to the cheers of her supporters gathered on the quay-side.

Always a pleasure to work with, and very accommodating with the press is Nicola and today was no exception. So as the election campaign steams ahead I’ll no doubt be sent to cover other political leaders in the weeks leading up to the election on May 5th. 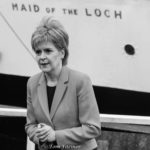 Blurb about the ship.

On 18th August 2015 it was announced that the Loch Lomond Steamship company had won approval from the UK’s National Lottery Heritage Fund for the first stage of its application for funding to restore the ship to operational condition and make the necessary improvements to Balloch pier to allow her to sail from there commercially. A grant of £ 230,400 was made to allow the company to complete the necessary plans for the ship in order to submit to the lottery fund grant awarding committee for final approval of the £ 5.5 million project. The fund has provisionally approved a grant of £ 3.8 million with the proviso that if finally approved, matching funding of £ 1.7 million is provided by the ship’s owners.